How Growing a Beard Can Help You Overcome Procrastination 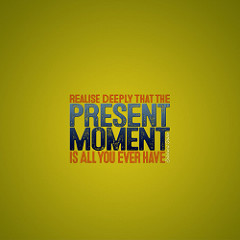 In a fast-paced society where life is a blur and its getting harder and harder to keep up with everything we naturally resort to procrastination – that is if you are not naturally prone to it in the first place.

The problem with procrastination is that you do don’t realize you’re doing it. It kind of sneaks up on you until it becomes part of your lifestyle.

How do you recognize and vanquish an invisible foe? Its not like you can put an augmented virtual reality set and go after it.

“Procrastination is best compared to a parasite because it feeds on you and gains at your expense. For men at least, we’ve found the ideal solution to overcome procrastination: grow a beard.”

Deep down men want to grow beards. Its a natural trait. But there is always one flimsy reason or another to delay and procrastinate:

*You’re scared of the itching that will come with new growth.
*You’re worried about how you will look.
*You don’t know how your friends, co-workers and others will perceive you.

The list goes on and on. So you keep shaving and shaving – just like you tend to procrastinate with other things. 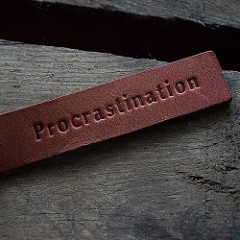 GROWING A BEARD IS A VERY VISIBLE HABIT CHANGE

But what makes growing a beard different is that – its right there in front of you. You can’t escape it.

Every morning and evening, when you look into the mirror you see that growth, that lion’s mane growing and you recognize that you’ve been wrong to delay it all along: You should’ve never shaved! That realization is a great step forward towards overcoming procrastination and becoming productive.

This is a change of habit that is visible. You have to shave regularly to keep that beard from growing. If you can overcome and change this habit – you’ve proven to yourself that you can tackle other serious challenges and make your life better.

Since growing a beard is a big social commitment as well – and you know exactly why you’re delaying it, you’ve hit the nail on the head by realizing you were procrastinating, the underlying reason behind it and you’ve adopted a plan to stop doing so.

GROWING A BEARD DOES NOT REQUIRE ACTION! IT REQUIRES INACTION!

Another wonderful thing about growing a beard is that it doesn’t require you do something – it requires you to stop doing something! All you need to do is to put the razor down and stop shaving.

By taking this one step, you’re reversing those procrastinating tendencies to benefit yourself!

All along you’re procrastinating because you’re too tired to take on this project or that project. You’ve been meaning to install this or that. With beard growth, you simply need to stop shaving.

One way to overcome procrastination is to break down tasks into very small steps that you can actually accomplish.

Growing a beard fits the bill perfectly. The daily action (or inaction) leads to new hair growth on a daily basis and before you know it you’re sporting a full beard. No matter how small that growth might seem at first you are continually making progress.

Its the snowball effect! You start ever so slowly, and then before you know it the process is automatic and you’ve grown a beard, overcome procrastination and are making progress towards achieving other goals that you’ve been sidestepping so long.

So get going and grow that beard!