Its amazing how popular culture tends to associate a trait or a characteristic with a group or people and before you know it everybody accepts that characterization as true without questioning its historical accuracy. The tendency to stereotype without knowing the facts can lead to a lot of misunderstanding.

On a lighter note, though, in works of fiction, pirates are often described as having long black beards possibly in an attempt to give them an image that differed from society in the ‘golden age of piracy’.

What does history tell us about these pirates – did they all have beards or were they clean-shaven or sported mustaches? 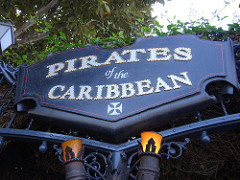 Yes, it is true that pirates have had beards, with the most famous being Edward Teach, more famously known by his cognomen (nickname): Blackbeard. We have a couple of first-hand descriptions from those that actually saw him.

On December 5th, 1717 the ship Margaret captained by Henry Bostock was attacked by Blackbeard and the crew was held captive for eight hours. This encounter would have given Bostock a close look at the notorious pirate whom he later described as a “…tall spare man with a very black beard which he wore very long.” This is first reported description of Teach and led to him being nicknamed Blackbeard.

Less than a year later Lieutenant Maynard defeated Blackbeard and described him as “…he let his beard grow and tied it up in black ribbons.”

That establishes that Teach had a long black beard. But does this description hold true for every pirate? That is the question we set out to answer in this article. 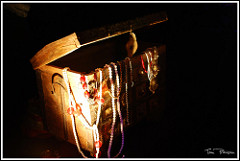 Blackbeard has acquired a lot of infamy, perhaps because of his beard. However, his days of looting and plundering ships lasted only around two years, and he was by no means the most successful pirate.

That accolade (the most successful pirate in terms of ships seized) goes to Bartholomew Roberts, a clean-shaven Welsh pirate who captured many times more ships than Blackbeard ever did – but Bartholomew or as he was known later: ‘Black Bart’ never gained the popularity of Blackbeard.

This, in spite of the fact that he was the most ‘successful’ pirate during the ‘golden age of piracy.’

During the period known as the ‘golden age of piracy’ from the 1650’s to the 1730’s the general trend of the populace in Europe and the Americas was to be clean-shaven (unfortunately).

So there is no reason to assume then, that pirates were going against this trend and growing beards just because they were pirates. If we take a closer look at pirates in history, we see that there were clean-shaven pirates, mustachioed pirates, and even female pirates. To then assume that all or most of the pirates had long black beards is a stereotype that is neither historically accurate nor does it make any sense.

It is a possibility that in between plundering ships some pirates didn’t get time to shave and so let their facial hair grow. A beard could also have been used as a disguise for some just as they often changed names to prevent their real identities from being known. These would be an exception to the rule and not the general trend among pirates.

These are famous female pirates, all of them active during the ‘golden age of piracy’ – a period of time that gave birth to the legends and stories of pirates. Somehow the legend of the bearded pirate managed to transcend all this diversity in piracy and become the default pirate look. 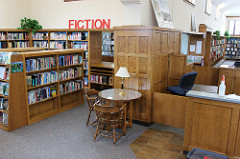 Even a hundred years ago, we find that the general assumption about pirates was that they had long, black beards. However, some did put in the effort to correct this myth.

In an Uncle Remus’s Magazine article, Volume 1, in the story of the ‘Little Children on the Snap-Bean Farm’, a little girl asks the farmer, “Why Pirates, have long black beards?” and the farmer replies “As to the beards, I think that is one of the many mistakes of men who write fiction and call it history. Some of them have red beards, and a great many have long curled-up mustachios.”

Stay updated with Bazar to enjoy our special promotions!